At King Harbor, we don’t make predictions or forecasts. Studies have shown that the forecasting records of strategists and analysts are dismal. They tend to be overly optimistic and prone to significant errors as the economy declines.

Using a Goals-Based Wealth Management approach we identify your financial goals, estimate their costs, and assemble a portfolio of investments most likely to achieve them.

Our portfolios are based on factors that reward investors who are disciplined and patient. Based on well-established academic research, these “tilt factors” increase returns over time. Additionally, our portfolios contain low-cost investment vehicles such as ETFs to boost portfolio returns. Where appropriate, we recommend alternative investments such as private equity, real estate and hedge fund strategies. 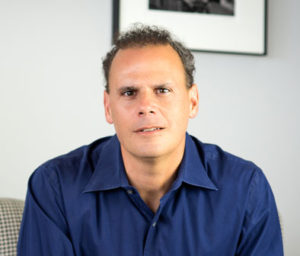 During his nearly thirty-year career, Mr. Pereira has experienced all types of market conditions. Lawrence started in New York City where he worked for Wall Street firms such as EF Hutton, Merrill Lynch and Citibank. He was also an Economist at the United States Bureau of Labor Statistics and was Chief Economist at one of the country’s most influential real estate lobbying groups, the Real Estate Board of New York.

Over the years, Lawrence has traded billions of dollars of equities, fixed income securities, commodities and derivatives. He has analyzed and invested in private equity deals, real estate transactions and hedge funds.

Mr. Pereira received a BA in Economics from Fordham University and an MBA from the Anderson School at UCLA. He studied Eastern European Studies at the Austro-American Institute in Vienna, Austria and completed the course work for the Masters in Economics program at New York University.

Ms. Turnbow is an accomplished securities, finance and M&A attorney. Ms. Turnbow has served as lead counsel for numerous transactions, closing deals with top investment firms such as Bank of America Securities, Merrill Lynch, CSFB, Goldman Sachs, JPMorgan Chase, Morgan Stanley and Wells Fargo. She has handled more than a dozen informal SEC reviews and inquiries, one formal SEC investigation, two shareholder litigations and four material contract disputes with stockholders of acquired companies. As Chief Legal & Compliance Officer at Capital Markets, IQ, she is required to implement and monitor King Harbor’s compliance with all securities laws. Ms. Turnbow received a Bachelor of Business Administration in Economics and Finance, cum laude, a Master of Business Administration and a Juris Doctorate from the University of Memphis.

Provide top notch service to a small group of clients.

King Harbor acts as a fiduciary. We act in the best interest of our clients, putting your interests ahead of our interests at all times.

Capital Markets IQ, LLC (CMIQ) is a SEC registered investment advisor. Their team supports financial advisors in Los Angeles and around the United States. They are dedicated to supporting King Harbor’s operational needs and their compliance department ensures all security laws and rules are followed. They provide the back office support that allows King Harbor’s clients to receive the best-in-class customer service